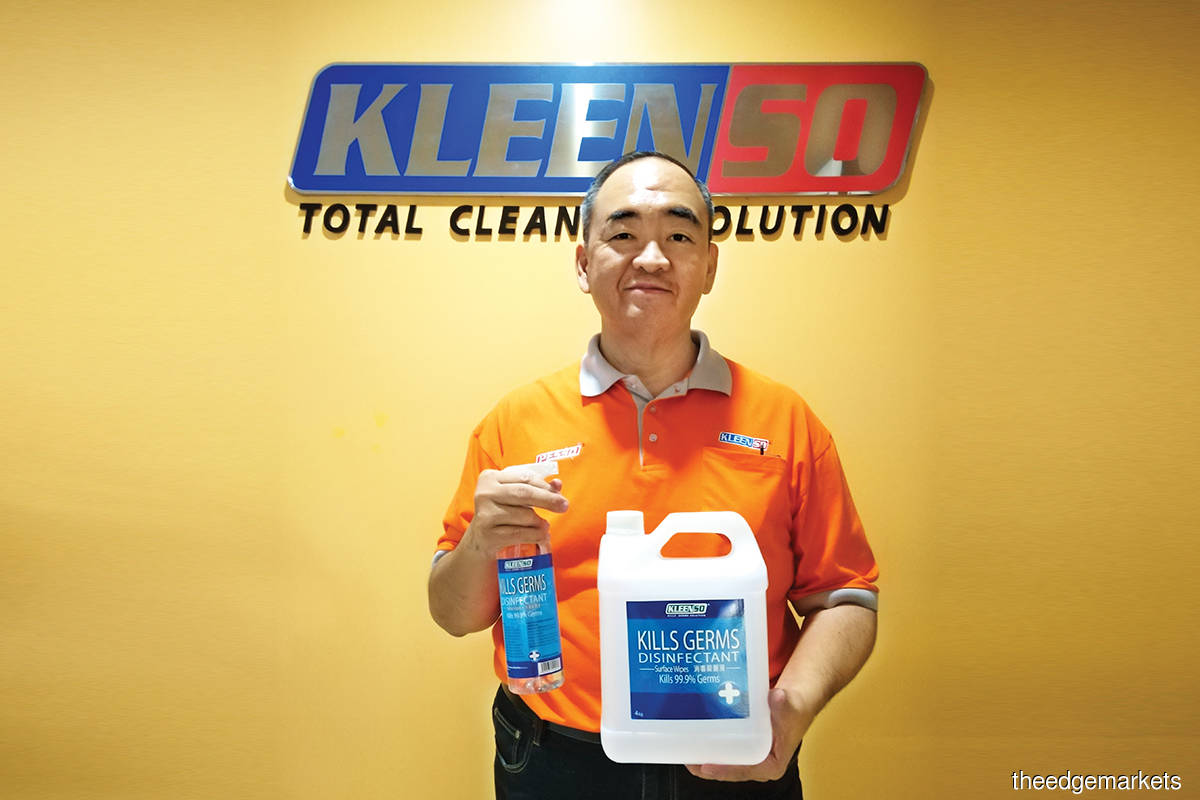 Lee with the Kleenso Kills Germs Disinfectant, one of the first surface disinfectants to be certified by the NPRA

This article first appeared in Digital Edge, The Edge Malaysia Weekly, on September 20, 2021 – September 26, 2021. You may read the original at: https://www.theedgemarkets.com/article/sanitisation-tech-keeping-it-clean

For Lee Teck Meng, founder of Kleenso Resources Sdn Bhd, hygiene was always an issue to be addressed, even before Covid-19 turned sanitisation into a priority. Having been in the chemical cleaning industry for over 18 years, he realised the importance of preventing the transmission of communicable diseases, even those considered non-lethal, because they could have serious repercussions.

“[Although] people may take it lightly, the flu infection could lead to unknown complications such as organ failure and death,” says Lee.

Early last year, he noticed a trend. A family member and then a friend were admitted to hospital with flu-like symptoms. He says it was a close shave for both. If they had not been admitted or had been admitted later, both could have suffered kidney failure and required lifelong dialysis.

Soon, news of a virus filtered out of China and most of the world went into lockdown in March. Suddenly, sanitisation had assumed great importance. In fact, the United Nations Children’s Fund (Unicef) was quoted early last year as saying that a lack of handwashing practices put millions at an increased risk of contracting infectious diseases, including Covid-19.

During this time, many new disinfectants and sanitisers starting popping up in the market. However, with the lack of any comprehensive legislation about such products, no one knew if they were effective, ineffective or even potentially harmful.

Ministry of Health director-general Tan Sri Dr Noor Hisham Abdullah then mandated the National Pharmaceutical Regulatory Agency (NPRA) to regulate such products. The NPRA worked with representatives from the companies producing surface disinfectants to develop a suitable guideline, which it published last September, exactly a year ago.

This May, Kleenso announced that one of its flagship products, Kleenso Kills Germs Disinfectant, was one of the first surface disinfectants to be certified and approved by the NPRA. According to the agency’s website, the disinfectant in question contains 0.12% chloroxylenol and 0.05% benzalkonium chloride.

“During the certification [process], we even went through more than 50 sampling tests to examine its effectiveness on germs, bacteria and fungi, as well as its level of solvent residue, pesticide residue, stabilisers, heavy metals and micro toxins,” says Lee.

“Throughout the manufacturing process, we adhere to the ISO process. Every batch of our raw materials has to be recorded and every batch of production, measured. To avoid contamination, we need to separate the tankers.”

Lee established Kleenso in 2003 to manufacture and sell mostly biodegradable products, including household cleaning products. Since then, it has extended its range to eco-friendly pesticides and biodegradable disposable ware. Its sanitisation products include hand sanitisers, liquid disinfectants and floor cleaners.

The company has a vast distribution network for its products throughout Malaysia. Lee also made sure it has an online presence, not only with its own proprietary e-commerce portal but also leveraging third-party e-commerce marketplaces, including Shopee and Lazada.

Lee has always strived to educate the public on the importance of hygiene, using common social media platforms such as Facebook, Instagram and YouTube for the purpose. Now, the pandemic has done the work, increasing public awareness of the importance of cleanliness and hygiene, and creating a spike in demand for its products.

Currently, Lee is on a mission to educate the public about the importance of sanitisation. “During the pandemic, we donated sanitisation products to 300 schools. We think we should provide children with a safer environment by taking care of their hygiene.”

Lee believes that people should chip in and take joint responsibility for public hygiene rather than sitting back and leaving it to the government. For instance, he volunteers to carry out larval control for dengue prevention in his residential area. “A lot of people are curious as to why I am doing it myself. Some even told me that larval control is supposed to be the government’s job. But if your family gets dengue, the government is not responsible for that.”

The future of sanitisation

Moving forward, Lee is going to launch a broader range of products such as alcohol wipes, aerosol disinfectants and antiseptic solutions. Kleenso is also extending its range of products from cleaning solutions for the household and commercial sectors at present to the food processing, poultry and veterinary industries.

Lee says the company will be working to develop new products related to public hygiene. It will also be obtaining memberships in international medical associations in order to receive more updated information on public health requirements in terms of hygiene-related products. 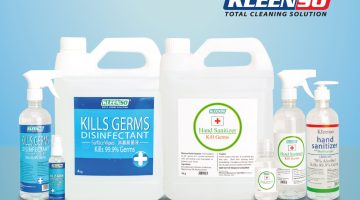 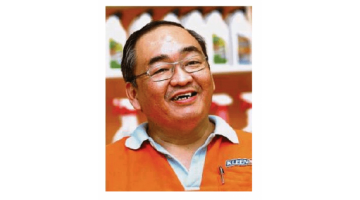 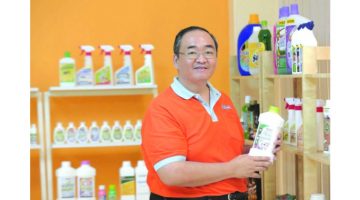 Cleaning solutions manufacturer Kleenso Resources Sdn Bhd is looking to break the seven-digit ceiling in sales this year, and is... read more 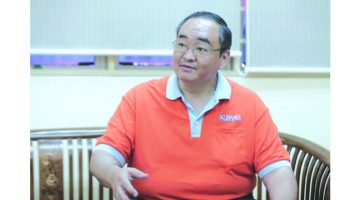 KLEENSO USES R&D TO CARVE OUT ITS NICHE

SUBANG JAYA — In an economic landscape that is rapidly changing with Malaysian small and medium enterprises (SMEs) encouraged to... read more 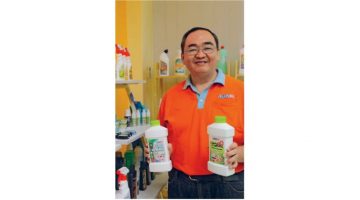 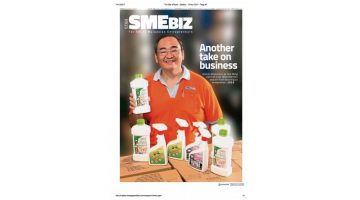 ANOTHER TAKE ON BUSINESS

A different strategy STARBIZ   13 NOV 2017 WHILE most companies are opting to be a one-stop centre by consolidating everything under one... read more